THE Super Eagles defender Jamilu Collins scored what would easily pass as one of the best goals across Europe this season as he found the back of the net in the five-goal thriller against Bayern Munich on Saturday.

Unfortunately, the remarkable long-range goal by the Nigerian defender could not save his team from defeat as the bottom of the table Paderborn were beaten 2-3 by Bayern Munich at the Benteler Arena. 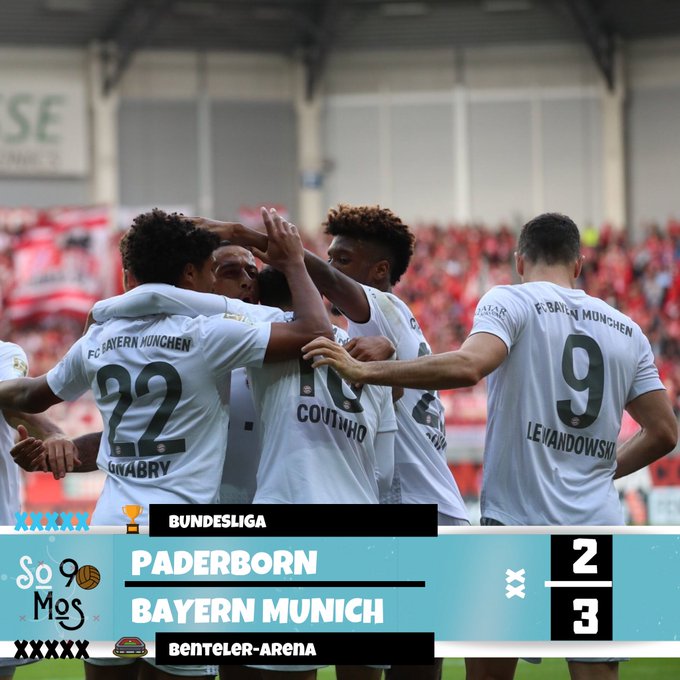 For Bayern Munich, they went to the top of the Bundesliga on Saturday after brushing Janilu and his teammates aside.

Serge Gnabry found the net for the German giants after latching onto a wonderful pass from Philippe Coutinho to put Bayern in front.

The former Arsenal man returned the favour as he turned provider for the Brazilian who doubled Bayern’s lead in the second half.

Paderborn substitute Kai Proger drew a goal back midway through the second half which was matched by a wonderful Robert Lewandowski chip.

Paderborn fans were given something to cheer about after Jamilu scored the Oliseh-like screamer from over 25 yards late in the second half.